Matthias, CCO and General Counsel of BIT Capital, introduces himself 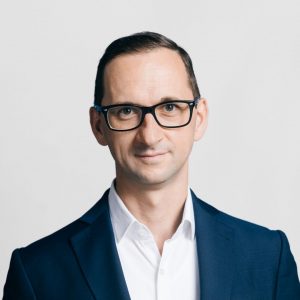 Matthias, what made you join BIT Capital?

I previously headed the legal department of the IONIQ Group (formerly HitFox Group), a company builder that has built companies in various industries. During my time at IONIQ, I already collaborated closely with Jan Beckers, Marcel Oldenkott and Hendrik Krawinkel, today’s management of BIT Capital. Jan and Hendrik founded the IONIQ Group together and I reported directly to Hendrik before he joined BIT Capital. But the ties to BIT Capital, and thus to Marcel as Managing Director, were also significant, as we accompanied BIT Capital in transactions from within IONIQ at the time. Apart from that, of course, Jan is the founder of BIT Capital. With BIT Capital’s rapid growth, it quickly became evident that the company needed to set up its own compliance and legal department, and it was clear that I was the right person for the role. On the one hand, the challenge of being able to guide the company through its growth at such an early stage was incredibly compelling to me. However, the decisive factor for me was the extraordinary set-up of the team. BIT Capital has built up an outstanding team that, unlike many conventional asset managers, combines the expertise of traditional financial experts as well as scientists, data engineers and digital entrepreneurs. We are an asset manager, but as a team we think more like a fintech. We all share an enthusiasm for entrepreneurship and a passion for investing in the technologies of the future.

At IONIQ and in your previous roles at prestigious law firms, you were a lawyer specialized in transactions. At BIT Capital, you are now responsible for compliance and your legal practice has also changed. Why did you finally decide to take this step?

It is true that I previously advised exclusively in the transaction business, i.e. on financing transactions and company acquisitions and disposals. Therefore, the step to BIT Capital was a big one for me after many years of working as a lawyer in a different practice area, as I have of course built-up specialized knowledge over the years, which was no longer solely relevant for my job at BIT Capital. Compliance and the regulatory law of a registered financial institution are quite different areas of expertise. Nevertheless, the step was a logical one for me and exactly the right one. I knew the people at BIT Capital very well and we knew what we were getting into. I am still very thankful for the trust shown by the management of BIT Capital – namely that I will quickly familiarize myself with the new practice.

In other words, the move to BIT Capital was rather an easy one for you?

As already indicated, compliance and the legal issues that arise at a regulated financial institution are quite different compared to my previous work. In fact, many of the issues and questions from the team that were brought to me from my first day at BIT Capital were completely new to me. In addition, I was the first employee to establish the Legal & Compliance department, so there were no structures in place beforehand. At the time, I was faced with what seemed to me like a huge challenge and the whole process was certainly accompanied by some ups and downs. However, the learning curve was (and still is) incredibly sharp. In addition, I got full support from the teams from day one.

And now it’s time to expand the team at BIT Capital?

Absolutely, I think that now is exactly the right time to broaden the team, after having the opportunity to deal very intensively with the topics at BIT Capital in the last few months and to get deeply acquainted with them. BIT Capital is growing fast, which is why I have decided to explicitly expand my team with experts. I am currently looking for reinforcements in the “Legal” area with experience in regulatory issues on the one hand and in the “Compliance” area with proven expertise in day-to-day management of compliance issues in a regulated financial institution on the other. The goal is to take the Legal & Compliance team to the next level and provide the best possible advisory services to BIT Capital’s teams.

The atmosphere and spirit at BIT Capital are exceptional – we support each other in every way we can. BIT Capital’s story of success is primarily driven by the expertise of our now around 50-strong team. Despite the substantial growth over the last four years, we are nevertheless only at the beginning of our journey and still have a lot ahead of us. In this context, this is a tremendous opportunity for all of us to be part of the company at an early stage of its growth and to play an active role in shaping its future success.

And that also applies to the expanding Legal & Compliance team?

I think the opportunity to join BIT Capital is more exciting than ever. This applies to all teams, but especially to the Legal & Compliance side, as the positions to be filled will lay foundations for the legal and compliance structures at BIT Capital. Of course, this comes with enormous potential for individual development and the next step in the professional career in the medium to long term.